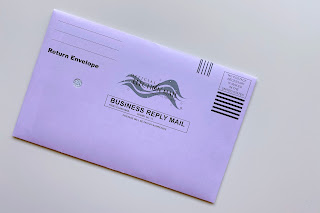 Pundits once again generally missed the direction of an American election—this time the 2022 midterms. The anticipated "Red Tsunami" turned out to be a "Pink Trickle". While Democrats were certainly helped by the emergence of abortion rights as a voting issue, it was still behind the Republican-friendly top issues of inflation and the economy. So, that alone can’t explain why Democrats performed above expectations.

So, what happened? It may be that "issues" just weren't as much of a factor in this election as most people suspected. The country is so polarized and so locked into rigid voting blocs that trying to convince people with 'issue messaging' or ‘micro-targeting’ is probably a fool's errand. What may have been more important is the mode of voting, not the issues surrounding the vote.

Up until 2020, the highest proportion of "non-traditional" voting (early and mail voting) in US national elections was 40%. Then, in the wake of COVID-19, multiple states set-up expanded early and mail-in voting systems. The result was that just under 70% of all ballots cast in the 2020 presidential election were non-traditional—basically, not cast on on Election Day. Traditionally, this favors the Democratic Party, whose supporters vote early in significantly higher proportions than Republican Party supporters.

On November 8th of this year, about 46 million people voted early—continuing an upward trend that seems to have solidly institutionalized non-traditional modes of voting. In particular, younger voters re-emerged as a key force in the outcome. It’s estimated that fully 27% of voters aged 18-29 turned out to vote in the midterms—and they supported Democratic candidates by a whopping 62% to 35% margin.

Since the end of World War II, the party in power has consistently lost House seats—generally in the double-digit range—sometimes as high as 60. The new, non-traditional voting advantage allowed Democrats to hold that erosion to (probably) just 9 seats. While the results will likely still result in Republican control of the House of Representatives—it will be by a razor-thin margin.

The "new normal" of non-traditional voting may have fundamentally altered the course of our national elections—and how we expect them to play out.