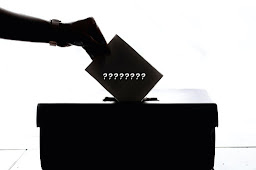 It's generally accepted that the pool of undecided voters this year is about half of what it was in 2016. In fact, when averaging the last five national polls (via Real Clear Politics) we see that about 5% can't decide who they will vote for this time—while in the comparable period in 2016 the average undecided vote was about 10%. Another difference this year is that third-party alternatives are far less robust than they were in 2016—when Libertarian Gary Johnson actually ended up with about 3% of the popular vote. Neither the Libertarian Party nor the Green Party have anywhere near that level of support in polls this year.

One of the reasons Donald Trump defeated Hillary Clinton four years ago was by winning over most of the undecided voters in key swing states. That reservoir of potential support is much less exploitable this year—the numbers just aren't there. And, most polls show that about two-thirds of undecideds would lean toward Biden anyway—if forced to choose. So, if Trump can only pull from the remaining pool of about 2% of undecideds, it will be very hard for him to make up his current deficit of around 7 points.

Having said this, all indications are that this race is tightening—both nationally and in key battleground states. If the margin shrinks further over the next eight weeks (which it is likely to do), then the opportunity to "harvest" undecided voters could become more meaningful. Once again, as in 2016, this dynamic will be more important is swing states like Pennsylvania, Wisconsin, Michigan and Florida.

Nevertheless, the chance that undecided voters will ultimately 'decide' the 2020 winner is pretty remote.