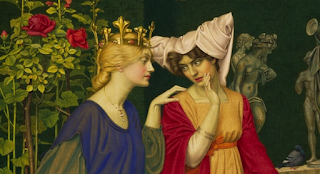 Recently, a writer on the Bulwark website noted how a glitch in Amazon's search function triggered people on both the left and the right into thinking certain politically-charged books and films were being "cancelled" by the tech giant. The intriguing aspect of the kerfuffle was that both sides sensed injury—each convinced their particular political narrative was the target.

This phenomenon is indicative of a troubling aspect of American politics today—what we'd call "echo culture". People on both the left and right are increasingly locked into silos of like-minded discussion—on traditional, social and other media. We are pretty much only talking to those we agree with, and getting "news" from sources that reinforce our beliefs. It's an echo chamber of thought. This is not a healthy condition for a diverse, free society. More and more these days, facts don't matter—only self-perpetuating political narratives.

The result is that a legitimate technical glitch in Amazon's search function set off a wave of victimhood on both ends of the political spectrum. Each side was convinced—talking among themselves—that they were being singled out. There is no longer a rational "middle ground" of thought that could objectively assess the situation and realize that—irrespective of all the actual problems with Amazon—they weren't targeting political thought on the left or the right. They just screwed up.

If American politics is ever going to regain a sense of comity and consensus, we're going to have to start talking again to people we disagree with. We might even learn something from our fellow citizens. What a concept!