Election 2020: What the Heck Just Happened? 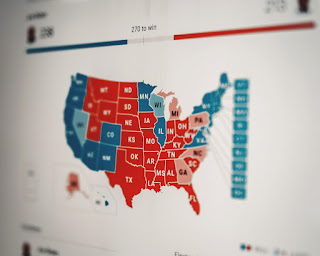 Political Scientists—like the soothsayers of old—will be combing through the entrails of the 2020 election for years to come. They'll be looking for patterns that could shape the contours of our future politics. But this will not be an easy election to decipher. On the one hand, there was a clear anti-Trump sentiment in the electorate—and yet, almost 73 million people voted for an incumbent President during a raging pandemic and its accompanying economic dislocation. Moreover, below the top of the ballot, there was no Democratic "Blue Wave" that might have given incoming President Joe Biden a cooperative Congress. As political analyst Charlie Cook put it in his "Cook Political Report", "by the barest of majority, voters were anti-Trump—but they were not anti-Republican."

It can fairly be argued that this election (justly or unjustly) became a referendum on Donald Trump's handling of the COVID-19 crisis. But it was also (justly or unjustly) a referendum on the direction of the Democratic Party—and the notion of 'unified' versus 'divided' government. Voters seemed to want new leadership at the top—but restraint below. The Trump campaign's messaging that warned of an oncoming "socialist" deluge resonated enough with key constituencies to cut into the Democratic House majority and (more than likely) maintain slim Republican control of the Senate.

Americans have always been wary of consolidated power—it's in our political DNA. This bizarre election may not have been so bizarre after all. It may just be another expression of reasoned voter behavior in the context of a sharply divided nation.