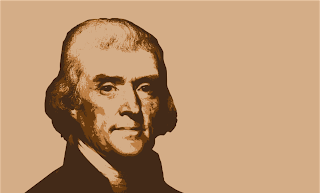 Controversies surrounding American presidential elections are not new. The most famous, of course, was the refusal of several southern states to accept the election of Republican Abraham Lincoln in 1860—which led to secession and the Civil War. But long before that, partisan and ideological divisions nearly prevented Democratic-Republican nominee Thomas Jefferson from being inaugurated as President in 1801.

The Federalist Party—favoring a strong central government and adherence to British political norms—had held the presidency since the inception of the United States (George Washington and John Adams). Jefferson's Democratic-Republican Party favored limited government, states' rights and adherence to the revolutionary ideals of France. These were two very different political world views.

When the election of 1800 resulted in no single candidate getting enough electoral votes to win (Jefferson and his ally Aaron Burr got the same number of votes), the issue was thrown into the House of Representatives. The Federalists dominated in the House, and did not want a transfer of power to the "radical" Jefferson, so they attempted to block his election on a constitutional technicality. After some intervention from Federalist Alexander Hamilton, the House pulled support from Burr (a bitter enemy of Hamilton) and gave Jefferson the presidency.

So, America's first peaceful transfer of political power was secured. It was messy and it exposed the deep divisions in the country. But it worked and it set the precedent for future elections.