The 'Scientist' Versus 'Lawyer' Dichotomy In American Politics 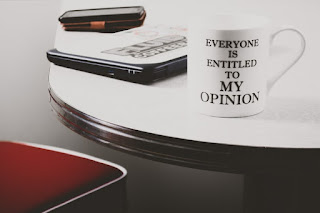 Social psychologists often characterize the battle between our conscious and unconscious minds as 'Scientist vs. Lawyer'. Our conscious mind tries to discern "truth" as a scientist would: gathering evidence, examining data and reaching a rational, fact-based conclusion. Our unconscious mind (to which 95% of our brainpower is allocated) takes the lawyerly approach: reaching a conclusion in advance, rejecting any evidence to the contrary, and looking for new data that supports our preconceived conclusion. Does this all sound familiar?

Over the last decade or so, politics in America has been locked into lawyer mode. On both the left and right, positions are staked out, evidence and facts are ignored and opponents are demonized for having the gall to refute orthodoxy. In the last several years, this dynamic has intensified—and the resultant polarization is tearing at the social fabric that is supposed to unite us. Because most of this process is carried out in our unconscious minds—it carries with it all of our categorizations, assumptions, stereotypes and biases. It's almost no contest—the emotional, irrational unconscious has a real advantage over the thoughtful, rational conscious mind.

Public opinion research has an important role to play is sorting out and identifying these parallel paths to political ideology. Surveys need to go beyond surface identities and probe for the underlying foundations (conscious or unconscious) that lead to opinions. It's not easy, but if we want to get back to a society that values rational political discourse, it has to be done.