'It's The Trust, Stupid': Some Explanations Of The '20 Election 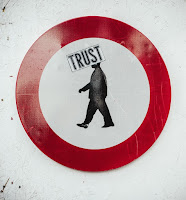 The on-going post-mortem of the 2020 election cycle is reaching the point of incessant navel-gazing (which is a good thing). Numerous theories have been floated as to why most public polls over-estimated Democratic turnout—and by extension—missed a late surge of Republican voting. The result, of course, was that the expected 8-10 point Biden victory was closer to 5-6 points.

More and more evidence is building that turnout models were deficient in tracking late movement toward former President Trump. The reasons for this are still unclear. One idea is that respondents who were more 'progressive' on things like COVID-19 were also more willing to answer a pollster's phone call. This explanation seems weak to us.

However, it does point to the broader issue of trust. Virtually every institution in America is suffering from a lack of public trust—not the least of which is the polling industry. Widely reported polling "failures" in the 2016 cycle (most of which were not true) exacerbated the problem in 2020. Moreover, public figures—most notably then-President Trump himself—questioned the veracity of polling (as well as the media that often sponsored the polls). All of this converged to under-represent key voting constituencies (most of whom voted Republican).

Luckily for the survey research industry at large, this lack of trust manifests itself mostly in political polling. Most studies have shown that non-political research is just as representative and projectable as it's always been. However, failing to address these global trust issues will ultimately affect the entire industry. Pinpointing the reasons behind this phenomenon is not just useful—it's essential.