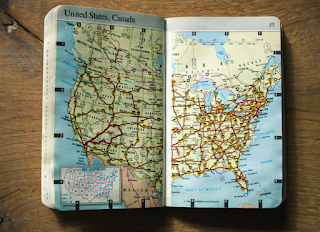 There’s been a lot of talk lately (mostly idle and nonsensical) about a “cold” Civil War in America. While there’s no doubt we are sharply divided in this country right now, we are far from the point of states seceding or pitched battles between blue and red armies. Such is the hyperbolic nature of today’s culture.

Recent election data has shown that our political schism is more geographic than anything else. In the old days (before 2016), analysts referred to this split as the “urban/suburban” or “urban/rural” divide. But, given population movements over the last decade or so, this phenomenon is more subtle— it’s really a “metro/non-metro” division. As people move further and further out from core cities, they take their political views (mostly liberal) with them. So, the old conservative “suburb” dynamic is less meaningful. You have to look at the broader metropolitan areas as Democratic strongholds—and the non-metro areas as increasingly sources of Republican strength. Interestingly, this situation holds in pretty much every state of the union.

But, now there’s yet another demographic shift: the recent flight from ‘blue’ states to ‘red’ states. While this phenomenon is real—it’s far too simplistic to assume it will automatically benefit Republicans. It will all depend on where these citizens re-settle. Will it be in large, urban metro areas or remote, rural non-metro areas? That will determine who reaps the political benefit.