Third Party Impact: How 'Jo' May Hand 'Joe' The Presidency 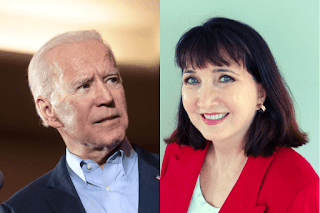 In the 2000 presidential election, consumer rights gadfly Ralph Nader ran on the Green Party ticket. He garnered enough votes in two states—Florida and New Hampshire—to deny Democratic nominee Al Gore victory in those states. So, despite winning the popular vote nationally, Gore lost the presidency (after the Florida debacle and a trip to the Supreme Court). In 1992, independent third-party candidate Ross Perot won almost 20% of the vote nationally—enough to un-seat George H.W. Bush and give Bill Clinton (with just 43% of the national vote) the win. Both of these third-party insurgencies had a direct impact of the outcome of their races. As a result, both Nader and Perot were demonized (by partisans on both sides) for 'enabling' the presidencies of George W. Bush and Clinton.

Fast forward to 2020. While the third-party candidacies of Jo Jorgensen (Libertarian Party) and Howie Hawkins (Green Party) did not amass the same vote totals of those other efforts, one of them may have made the difference if Joe Biden ends up as President-elect. Here's how: as of this morning, in at least four critical states (Georgia, Wisconsin, Pennsylvania and Nevada) Libertarian Jorgensen received more votes than the margin of difference between Biden and President Donald Trump. Now, it's impossible to say exactly how much of Jorgensen's support would have gone to Trump—but, realistically, the vast majority of her supporters (if they still voted) would have gone for the Republican nominee. This likely would have tipped those states to Trump and given him the Electoral College edge and a second term.

It will be interesting to see if Jorgensen suffers the same vilification as Nader and Perot. And, more importantly, whether meaningful third-party presidential candidacies will be negatively impacted in the future.