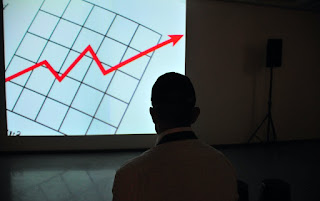 Clearly, the 2020 presidential election was different—which we all sort of assumed it would be. First, almost 157 million Americans voted—a roughly 66% turnout that was the highest since 1900. And, the loser got the second highest number of popular votes in U.S. history—Donald Trump's nearly 74 million trails only President-Elect Joe Biden's 80 million. Finally, many of the demographic trends in the vote were not only explanatory of the final result—but also somewhat counterintuitive.

While exit polls are less useful this year than in the past (due to the huge early and mail voting), they can still shed light on broad trends. Let's start with some turnout demos. The boost in turnout clearly helped Biden with an influx of both younger and minority voters. However, the boost in voting also appears to have helped Trump. For example, among first-time voters aged 30-44, Trump did exceedingly well—capturing 67% of this cohort.

The data also indicate that Trump lost ground among one of the pillars of his 2016 base—lower-income working Americans. Trump also performed less well than in 2016 among white voters, getting just 57% this time around. Also, the Gender Gap widened in 2020, plus Trump only marginally won male voters (49%-48%). Education also played a role—with Trump garnering just 42% of college-educated voters. Having said all this, Trump over-performed among some other key constituencies. Among all African-American voters, the President pulled in 12% of the vote, along with fully 32% of the Hispanic vote (a key to his Florida win).

History has shown us that it takes a lot to un-seat an incumbent President. All in all, it appears that losing a chunk of his working-class support was hurtful to the President—particularly in key states like Pennsylvania, Michigan and Wisconsin. However, Trump's surprising strength among certain first-time voters and key minorities was almost enough for him to overcome the drag of the COVID-19 pandemic.