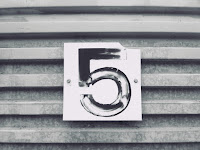 After one of the most tumultuous presidential elections in American history, the results are now final (barring yet another "2020" twist). Despite all of the rancor, there are a number of positive—and non-partisan—developments that emerged from the election. Here are just five (in no particular order):

1.) VOTER TURNOUT ROSE. In the midst of the worst pandemic in 100 years, the American people turned out to vote at the highest level since 1900. More than 158 million people cast ballots—that's about two-thirds of all eligible voters. This healthy level of voter engagement bodes well for even fuller participation down the road;

2.) INSTITUTIONS WORKED. Pretty much every key institution performed flawlessly. For example, despite all the criticism of the Electoral College (guess what?)—it worked again. Multiple swing state vote-counting infrastructures—despite all the controversy—performed as planned, even with record numbers of 'non-traditional' mail-in and early voting ballots. Moreover, the courts—from the Circuit Courts to the Supreme Court—performed their functions;

3.) UNITY AMIDST DIVISION. There is no doubt that our country is sharply divided. But, by historical standards, the discord is nowhere near that of other periods in our history. For example, the mid-1960s featured constant crises—assassinations, rioting, violent demonstrations, a raging foreign war and a besieged President deciding not to run for re-election. And certainly any comparisons of our current situation to the Civil War period are just silly. We Americans are still knit together by a resilient web of social, political, economic and civil norms. Take a look around the world and you'll appreciate that;

4.) VOTER DISCERNMENT. While President-Elect Joe Biden garnered the greatest number of popular votes in U.S. history (more than 81 million), his party did not do very well down-ballot. Democrats lost about a dozen seats in the U.S. House of Representatives (endangering their majority in 2022). And, depending upon the results of the Georgia run-offs next month, Republicans may hold onto a slim majority in the U.S. Senate. The bottom line is that voters made their choices with a high degree of rational calculation;

5.) A RE-TOOLING OF POLITICAL POLLING. While public opinion and market research continue to be invaluable for understanding broad policy and consumer trends, polling in elections will undergo further fine-tuning. The introspection that the survey research industry is going through is a good thing—and a far more honest self-assessment than the media (for example) has ever done. The result will be more robust techniques to gauge real voter sentiment in election cycles to come.

All in all, in this bizarre year, we can at least be grateful for some small positives.