Dissecting The Youth Vote In The 2020 Presidential Election 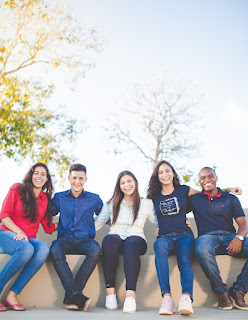 Voter participation in the 2020 presidential election was at the highest level in decades—about two-thirds of eligible voters cast a ballot. As we have stated before, a lot of this increase was due to expanded pandemic-driven voting options (like early and mail-in voting). The outcome of the election has been traced to a wide range of voting groups—from suburban women to rural men. However, one group has been somewhat overlooked: young voters (18-29).

Tisch College at Tufts University has taken a close look at this important (and growing) voter bloc. For years, young voters have been seen as a potentially powerful force. But until now, this was mostly bluster—they just didn't turn out. But, according to the Tufts analysis, about half of young voters cast a ballot in 2020—a whopping 11-point increase over 2016. And, while young white voters still turnout at the highest rates—young black, Latino and Asian voters are closing the gap.

There were also some surprising findings in the Tufts analysis. For example, a majority of young white men supported former President Trump. And, young women (55%) voted at a much higher rate than young men (45%). Some of these differences can be traced to geographic variations. For example, rural young white men (who were much more likely to support Trump) turned out at a higher level than pollsters expected. There are also some troubling patterns that emerge from this analysis—like young black men still turning out at a very low level.

Overall, however, it appears that young voters have finally fulfilled their potential—and become a major force in U.S. Presidential Elections. It will be interesting to see if they maintain their participation levels in 2024.